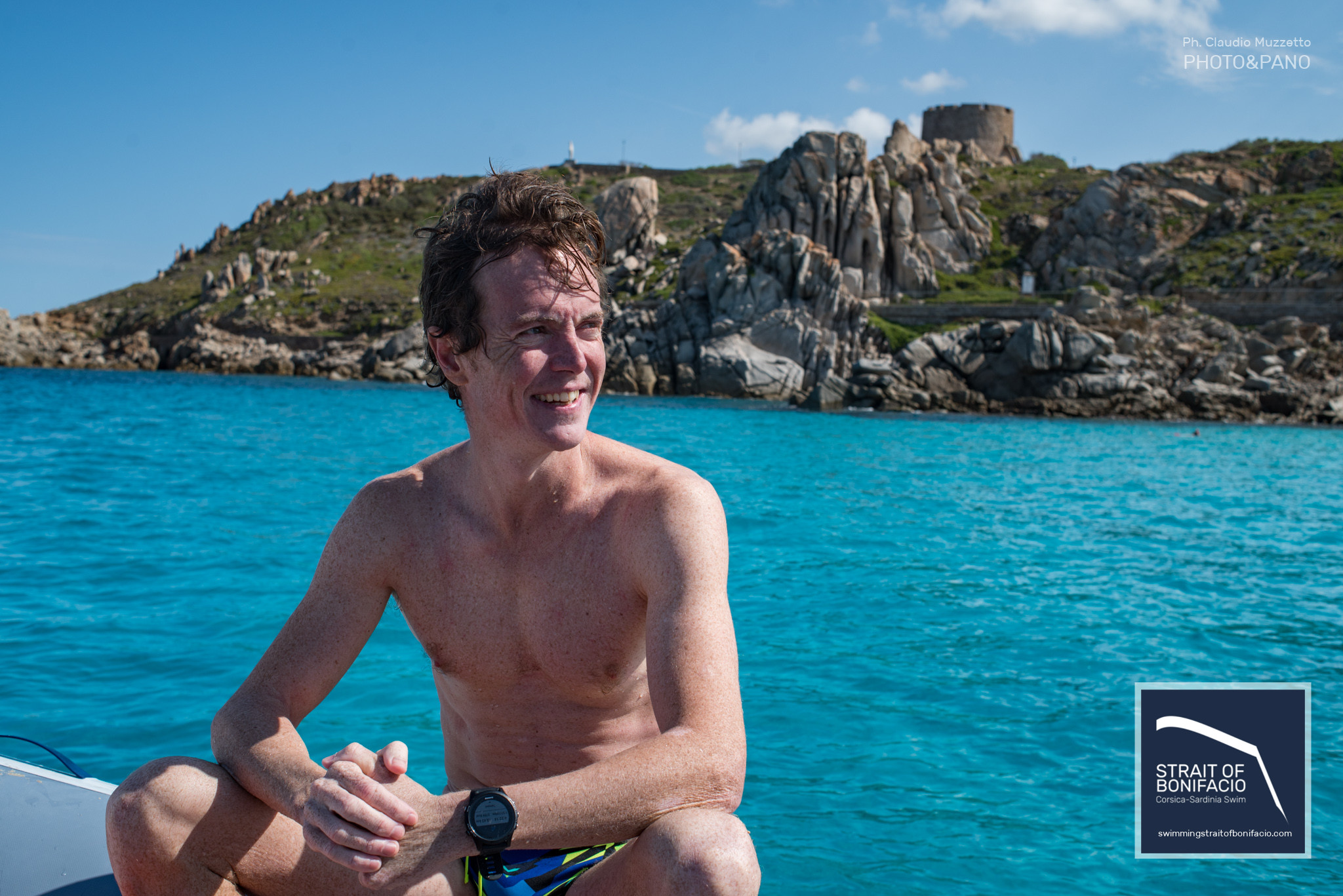 On Wednesday 30 September 2020 the French Damien Catani successfully crossed the Bocche di Bonifacio in Santa Teresa Gallura with a time of 4 hours 39 minutes 09 seconds. A crossing that will be remembered for being the only one to be performed in 2020 in the strait.

Damien Catani is a triathlete and open water swimmer who, after a season marked by the stop due to COVID-19, had to review his sporting plans after the cancellation of crossings in the Strait of Gibraltar. In this way he managed to organize himself in a few days and to carry out the crossing in the Strait of Bonifacio. More suitable after a weekend marked by severe bad weather, with strong gusts of wind, showers and rough sea and waves up to 4 meters high.

It was decided to run the classic stretch of the Gran Fondo: the departure took place from the Saint-Antoine beach in Capo Pertusato in Corsica at 8:36 am. The sea was almost free of currents, which constitutes an exception for the area. Winds and waves from the mistral and cross have influenced the course of the swim in its entirety, allowing you to perform a practically straight trajectory. Only in the last 3 kilometers the famous east current has slightly strengthened compared to the early hours of the morning, the degree of difficulty of the crossing increased, requiring a correction of the strategy to enter the Rena Bianca in Sardinia and touch the ground at 13:15. On the Italian side, the people present congratulated Catani, always respecting social distancing.

“It was not easy to manage the unknown until the last day to be able to make the crossing, especially when the weather conditions in the previous days are so threatening. In the end we were able to make this crossing too, another swimmer crossed with success the Strait of Bonifacio, fulfilling your dream“, says the organizer Alessandro Pilati.

Interviewed at the end of the swim, Damien Catani affirms that performing this crossing was important not only for himself, but wants to be a sign of revenge in achieving goals in a period as complex as that of Covid-19, after prolonged inactivity and between various complexity to organize the crossing.