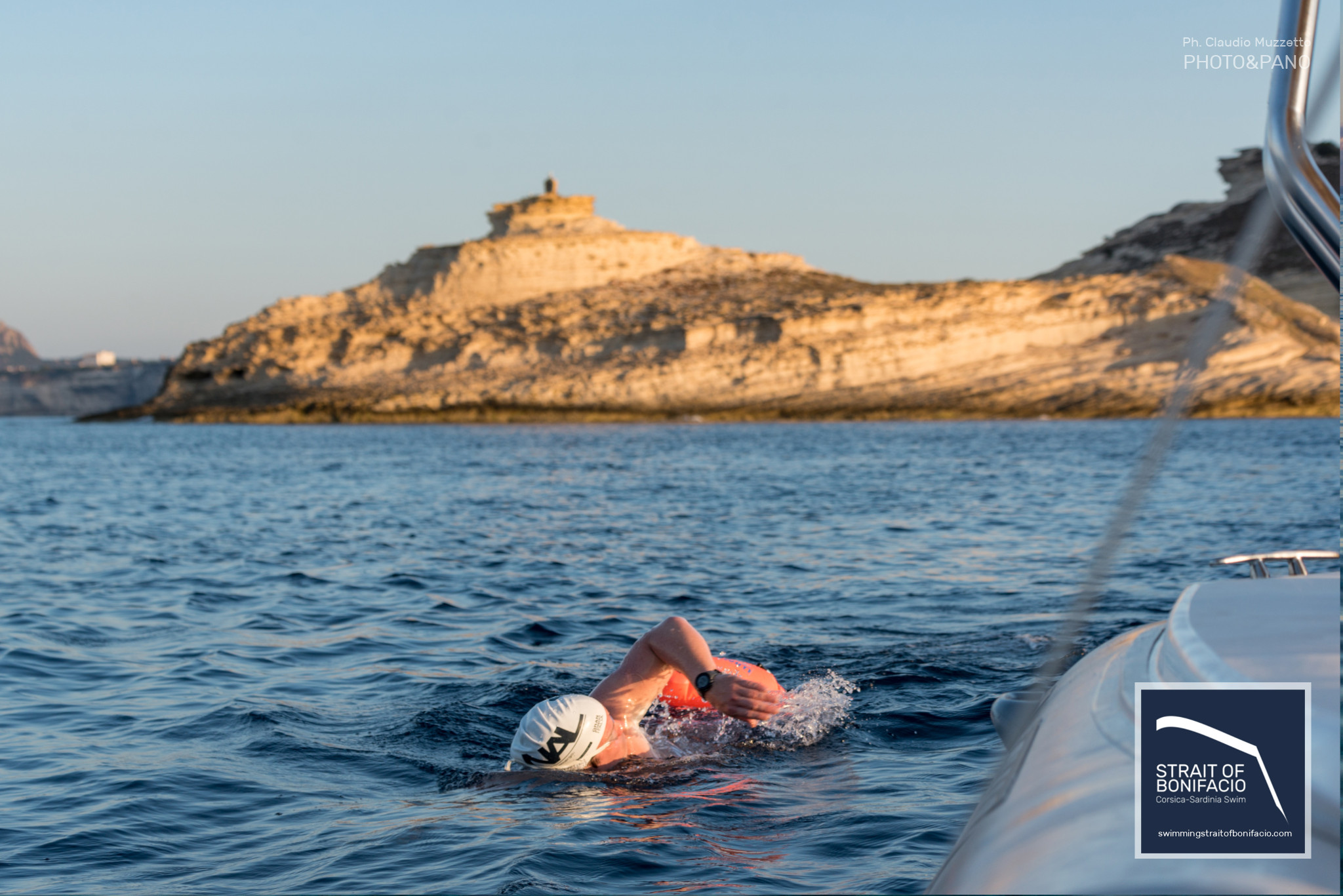 On Sunday 5 September 2021 the Venezuelan Dario Mariani crossed the Strait of Bonifacio with success, from Corsica to Sardegna (Santa Teresa Gallura) with a time of 5 hours 21 minutes 16 seconds. The crossing aimed of raising funds for the Charles Darwin Foundation’s research on the danger looming over unregulated shark fishing in the waters of the Galapagos.

Dario Mariani is an ultrathlete and a lover of swimming, active in the defense of the environment so much that he associates his sporting adventures for fundraising in favor of the Charlese Darwin Foudation’s research.

This year Dario decided to swim across the Strait of Bonifacio to raise funds are intended to understand the changes in the sea caused by humans, as well as to prevent fishing for hammerhead sharks because today it is still poorly regulated.

The sea was practically absent from currents and wind, a rarity for this area. The winds and the waves of the mistral did not affect the swimming trajectory, allowing to maintain an almost straight trajectory from the first strokes. The Levante current was absent and in the last 4 kilometers the wind and the current became Libeccio, but did not influenced the final result.
Dario Mariani successfully concludes the crossing of the Strait of Bonifacio arriving in Rena Bianca Sardinia at 12:38 PM. On the Italian side, people congratulated Mariani, always respecting social distancing.

Dario is the first Venezuelan swimmer who made the crossing of the Strait of Bonifacio.

“The sea conditions today were extremely positive. For this area they were exceptional and occured just few times during the year. Every swimmer would dream of finding it in this area and Dario had the foresight and the good fortune to be able to seize it on the fly. Bravo Dario for the stubbornness of wanting to achieve the result.“, says the organizer Alessandro Pilati from NAL.

Interviewed at the end of the swim, Dario Mariani after crossed the Strait of Bonifacio affirms that the result more important is the goal of foundraising for Galapagos. After the Dario’crossing of the Strait are 6268 US Dollar have been raised of 8000 US Dollar set as a target. The fundraising closes on 30 September 2021 on www.darwinfoundation.org.