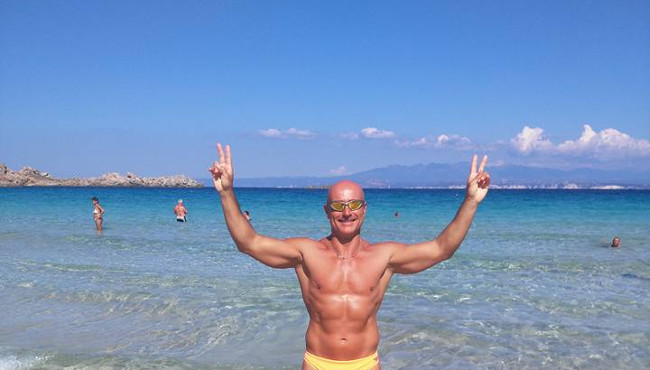 I was practically born at sea. I have been a competitive athlete for 23 years: 3 years of swimming and 20 years of playing water polo. At 36, I started swimming again in the swimming pool after 3 years of stoppage. Since 2011 also with the races at sea.

Over time, the passion grew, so much so that I participated in all the historic and most important races of the Italian Federal Circuit, such as the Strait of Messina, the Byron Cup, the Gran Fondo del Poetto.

Other non-federal but still important events in which I participated and which I remember with pleasure are the Crossing from Portoferraio to Piombino and the Turkish event in the Bosphorus.

In 2016 I made the most beautiful of all, the Traverse of the Bocche di Bonifacio. In 2017 I won the second individua position in the Fondo and Granfondo rankings at the FIN Acque Libera Championship.

Swimming in Strait to Bonifacio remain in my heart. The departure at night remains indelible, from the beach at Capo Testa in Sardinia and advancing in the immensity of darkness towards Corsica. Follow the signal lights that each of us wore between the waves and currents. Review the light of the sun illuminate an intense and deep blue sea, up to the white cliffs of the arrival.

The memory of having done so is indelible, knowing that the sea in the Strait of Bonifacio is as legendary as the Strait of Messina.