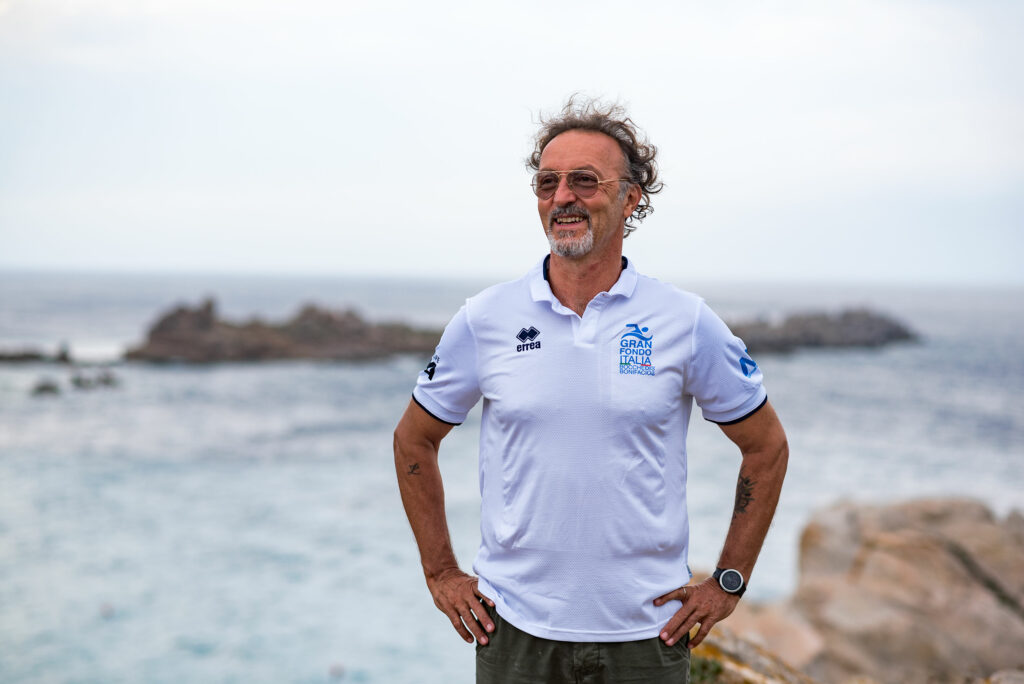 I have been swimming since 1969, for 50 years right in September 2019!
I started as an agonist in the Nuoto Club Firenze until 1980, then I continued as a Master Sswimmer from 1995. Just in 1995 I started with cross-country races at sea, mainly over distances of 5 kilometers.
From 1999 to 2001 I won the master classification 3 times in a row at the Byron Cup, a classic race for the sport sector.

In 2001 I participated in my first 10 km to Caldonazzo lake and I followed numerous long distance swimming events in the Italian peninsula: from Liguria to Calabria, islands included.

In 2018 I concluded the crossing of the Strait of Messina and from 2019 I decided to devote myself to long distances following the Gran Fondo Italia circuit, such as the 15K in the Cinque Terre in Monterosso and the 17K in the sea of ​​Porto Conte in Alghero.

Up to now, the experience in Alghero has been perhaps the most beautiful swim like the Strait of Messina. The Strait of Bonifacio is a new and fascinating experirence.